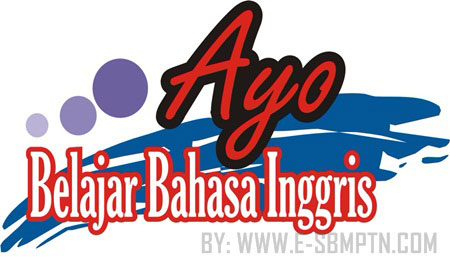 Warman’s, the makers of office materials, had advertised for a travelling salesman. Mr Barlow applied for the job, and soon afterwards was invited to the company head office to meet MR. Snell, the sales manager. Mr. Snell asked Mr. Barlow what experience he had as a salesmen.

“ I worked as a salesman for a brush company until six months ago. I sold brushes, dusters, tins of polish, things like that. I went from door to door selling direct to housewives” Mr. Snell then asked him why he had left the job. “Well to be honest, it was very hard work” Mr. Barlow replied. “ it meant walking sometimes six or eight miles a day. But the real reason for leaving was I didn’t think very highly of the goods that I was selling, and that made difficult for me to be sincere when I had to tell housewives what wonderful. Brushes they were. I knew perfectly well they wouldn’t last beyond a month.What’s more, they pay was rather poor. I realized after a while that I wouldn’t be able to support a family on the money I was earning.

“I see, “said Mr. Snell. “so what did you do the next ?”
“For the last six month I have been a salesman in a department store” said Mr. Barlow.

“And do you think you could sell Warman’s office materials with a clear conscience?” Mr. Snell asked. “Do you think you could be sincere about selling the papers, ink, copying machines and so on that we produce here?” Mr. Barlow said that he could, that Warmans’s office materials enjoyed a very high reputation, and that in his department at Caldwell’s he sold almost nothing else. He said that he had always wanted to work for a big company with a good name, to travel all over the country selling goods to the other companies, rather than to houswives on the doorstep and – he added with a smile – to enjoy the money and the working conditions offered with the job for which he had applied.

“Mr. Barlow,” said Mr. Snell, “Do you have a clean driving license ?” “yes I do, “Mr. Barlow replied. “Than as long as your medical examination proves to be satisfactory, I’m quite prepared to offer you the job. “Mr. Snell got up and shook Mr. Barlow by the hand. “Congratulations” he said, “and welcome to Warman’s”

A. The experience of Mr. Barlow a salesman

B. Mr. Barlow’s ideals of his future career

E. The acceptance of Mr. Barlow at Warman’s

2. The purpose of inviting Mr. Barlow to Warman’s head office is ….

A. To have Mr. Barlow apply for the advertised job

B. To find out if he were the right man for the job

C. To explain to him more about travelling salesman

D. To introduce him to Warman’s sales manager

E. To see what kind of products he has been selling.

3. Which of the following statements is TRUE about Mr. Barlows ?

A. He worked for a brush company for six months.

B. He was unemployed for six month after leaving the department store.

C. He worked for the department store six months ago

D. He applied at Warman’s six months after he left the brush company.

E. He had worked for Caldwell’s before he worked for the brush company

4. The main reason why Mr. Barlow quitted the brush company was that ….

A. He was too tired to walk six or eight miles.

B. He realized that the products were not of good quality.

C. He believed that the company would stop producing brushes

D. He found it difficult to deal with housewives

E. He know that this customers did not really like that products

5. At Caldwell’s, Mr. Barlows was in charge of selling ….

7. Both my brother and I refused to sign the petition. Nobody could force ….. to do it.

8. “When did the accident happen?”

B. Were being unloaded

D. They were unloaded

9. All the quests admired the …… hall where the bridge and bridgeroom were seated.

B. It was beautifully decorated

11. “Did you plan the program for our high school reunion yourself?”

E. I had Adi doing it

12. My daughter …… a lot of photographs of the Borobudur when she went there on her last vacation.

B. Has been taking

13. The lady ……… this letter is addressed has moved to another city.

A. Must be happy

B. Had to be happy

C. Could have been happy

D. Should have been happy

E. Has to be happy

A. Wheter the books we ordered have arrived

B. When the books we oredered have arrive

C. That the books we ordered have arrive

D. When have the books we ordered arrive

E. Where the books we ordered arrive